Welcome to my Legacy of Fire campaign!

Please take a look at the campaign wiki. All important campaign notes and house rules can be found there.

Also, I would appreciate if you would enter your character’s information in the Character tab. In the Bio put down information that you don’t mind other players knowing. Don’t forget a description of what your character looks like as well.

12/02/2010 Still working on Pesh and Pesh Magic, removed Pesh Magic feat. I still want to have something like Black Pesh in the game, something that gives a very nice benefit but is very expensive in gold and side effects, so be used rarely. Pesh Whey will be treated like alcohol, see its description for details.

12/03/2010 I’ve rewrote the Pesh rules and types of Pesh and will be using them as the baseline for the Pesh feats which I will work on in the future. I put in rules for Pesh overdose which should help in keeping its use in check. Pesh feats in general make Pesh easier to use and/or have extra benefits while taking Pesh. They are based on the heritage feats in that the more Pesh feats a character has the more powerful they become. So the goal should be a Pesh feat on its own should be slightly underwhelming at the low levels, but very nice at higher levels.

12/04/2010 Added a brief page on Pesh Magic, modified Pesh and Pesh feat page to reflect possible copyright issues. Also changed Yellow Pesh and Pesh feats to reflect the potency rules I put in. I toned down the Master Sahir-Afiyun feat, by removing immunity to Pesh stat damage and the extra benefits from having more Pesh feats, it was powerful enough as it was. I think I got things to the point for the 2nd round of criticism. Please take a look and send me an email or tell me on game day.

12/07/2010 Did some more Pesh tweaks, added stat damage to Black Pesh, added Blue Pesh for melee types (requested by Rick), adjusted Pesh Poison to use Pesh overdose mechanic. I removed Desert Robes as the APG’s hot weather gear was the same thing. I got the rest of Legacy of Fire modules yesterday so will be working on including the extra material into the campaign as well as a short prelude adventure to play on Christmas.

12/08/2010 Minor editing mostly concerning Blue and Grey Pesh. Specified Light sub-domain for Sun-Druids since they cannot channel. Plot for prelude adventure is done, need to stat up the NPCs before its ready. Put in some information for Erin’s character.

12/11/2010 Made some final tweaks on Pesh, Pesh feats, and Magic based on feedback I got (Thanks Toby!). I’m going to keep it as is for now and see how things play out in game.

12/21/2010 More Pesh crack! Added a “New Feats” page to the wiki containing the wild shape feats as well as some new material, mostly intended for multiclass characters (Chad cough, cough), though Imbue Weapon metamagic could be used by Oracles and insane gnomes.

12/22/2010 Updated house rules to include a note on languages. Modified the Imbue weapon feat. Its more powerful but has a two feat requirement, including the Smiting Weapon metamagic feat from Players Handbook 2. (Thanks Chad and Brian for the feedback). Just for everyone’s information, there will be no game on Saturday (Christmas). Erin will be home with Amber, but I will be at work till 6:30 PM. Feel free to come over, we can have dinner and discuss character stuff’s. I’m seeing some interesting possibilities for interacting backgrounds!

12/23/2010 Uploaded a banner for the campaign and added a picture, weight, and price to the Hookah in the equipment section. Updated house rules concerning equipment and magic items, illusions, and retraining. Added Blue and Purple Pesh effects under the Master Sashir-Afiyun feat. Made silk armor slightly less expensive and gave Chitin armor 1 less armor check penalty.

01/22/2011 Forgot to add Sandstorm items to the equipment list, as for right now, the Adventuring Gear and Alchemical items are approved as written. I’ll add them in with any changes to the equipment section later next week.

02/06/2011 So two games so far done, I hope everyone is enjoying themselves. I have updated the Adventure Log with what has happened so far. This will help folks who couldn’t make it to the game and a reminder of what has happened so far. Please read, not only to correct anything I might have missed, but information the party has learned that MIGHT BE IMPORTANT. Feel free to contact me for comments, questions, and criticism.

02/07/2001 Made some minor corrections on the Adventurer’s Log and noted the craft skills available among the expedition members, specifically the Falcon’s Legacy. Also by power of GM reality warping, I changed the yellow MW studded silk found in the undercrypt to MW Silk(Hide) Shirt.

03/07/2011 Updated the Adventurer’s log with the last two sessions of events.

05/02/2011 Big update to Adventurer’s log, lots of character and item updates, and some house rule stuff. Take a look and let me know if you have questions and/or comments.

05/22/2011 Updated Adventurer’s log. I ordered the new Ultimate Magic so might have it before next session, if not definitely will for final one of this chapter which will deal with the aftermath of retaking of Kelmarane.

05/29/2011 Congrats on finishing the first module and getting level five! I updated the adventure’s log with last session’s events. Sadly, we mourn the loss of Zaeda, the campaign’s first fatality, chopped in half by Daemon possessed Janni, she shall be missed. Next session will be the introduction of her player’s new character as well as immediate aftermath of Kelmarane’s successful liberation. As I have said, I would like my players to think on long term projects for their characters to do now. There are several possibilities, some of which is short term and some of which will be long term. I have made a new wiki entry “Downtime Activities” with different suggestions, take a look!

06/02/2011 I’ve been trying to adapt the OGC settlement rules with activities that can be done by the players. I’m strongly considering using Kingmaker rules. Though its more complex, is simpler just because the rules are there. :)

06/21/2011 Did lots of updating over the last few days. Check out the adventurers log and Kelmarane under locations in the wiki. Also look at downtime activities as well, the important point is that the longer a character sticks to a activity the better the final reward might be. I’m being deliberately obtuse on what these rewards can be in some case, but I want to reward roleplay rather than power play. In general though, activities that give a monthly salary are likely to have a lesser reward than ones that cost money.

09/08/2011 Finally updated, the details of the Four Pharaohs tomb still need working on, but I got last sessions events down. If anyone has any bits I missed or misspelled names let me know. I plan on starting the next chapter of the Legacy of Fire after some resolution of current plot threads, your levels should be 7 (maybe 8) which should put the group on track with my plan for mid 16 at the end of the final chapter. Since we had another major splat book come out, Ultimate Combat, next level you guys can change feats or archtypes if you like. I don’t plan on using any of the optional rules, but I still need to read them over. Also, what do you feel about using a Hero point system?

12/15/2011 More updates, I really need to flesh out the older entries which I’ll try to do to at least put in important information and clues. I added a few house rules that should be noted regarding the Cure and Cause Deadly Wounds spells, Whirlwind/Wind effects on clouds, and issued with the web special ability and dragging.

12/19/2011 I was given an url to a website to store and update character sheets. Could be useful in preventing possible character sheet loss which…ahem…has been known to happen. http://www.eddys-world.de/modsowc01.html 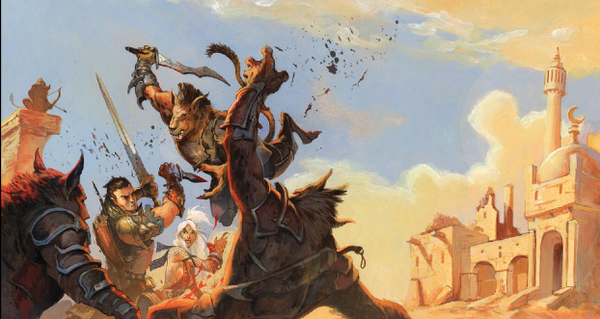 There used to be listed a feat on Crystal Keep(but everything for 3.5 is know gone stupid wotc) that did the same thing but lasted for 1 minute. You could imbue a weapon, melee or ammunition, with a spell for +1 level and lasted for a minute. Used it with my fighter/sorc from the 1st campaign. Basically the same but one lasted longer.

For the Blue pesh I would change the wording some. Since it inflicts Cha damage then should change the line from “nervous and foolhardy behavior” to “being jittery and uncooth behavior”. Foolhardy seems to me to be Wis damage, not Cha. Just my 2 cents.

Meh, have to pay to have a forum. I’ll have to think about that.

I'm sorry, but we no longer support this web browser. Please upgrade your browser or install Chrome or Firefox to enjoy the full functionality of this site.